Sobibór Landscape Park was established to preserve forests with boglands and inner-forest lakes, located in the eastern part of Łęczyńsko-Włodawskie Lake District. The most precious parts of the area are protected within six different nature reserves.

Łęczyńsko-Włodawskie Lake District is overall relatively flat. These terrains were mainly shaped by Riss glaciation, which led to an accumulation of specific types of sediments. In addition, there can be found typical products of aggradation caused by river and lake activities, fluvioglacial and eolic sands, which make up large hills and longitudinal dunes. The shape of the terrain and the undersoil made of glaciar sediments caused a creation of specific soils. The parts of higher altitude are mainly covered by podzols, which are of low agricultural utility, whereas in the parts of lower altitude peat soils are dominant.

Sobibór Landscape Park is located in the basin of Bug river. The river network in this area is relatively poor. The park is watered by relatively small river Tarasienka, as well as a system of drainage ditches. Areas surrounding the park are crossed by three rivers: Włodawka, Krzemianka and Bug.

Among the landmarks of the park there are seven lakes, located in the forest – only limited parts of the lakes’ banks are available. These lakes have different origins, morphometrics and limnological characteristics. The biggest lake is called “Wspólne”; waters there, just like in Koseniec, Perespa and Płotycze, are eutrophic. Waters in Brudzieniec and Brudno lakes are eutrophic-distrophic, whereas in Orchowe lake – distrophic. Typical feature for these lakes is lack of access to its banks due to swamps and boglands.

The most precious parts of Sobibór Landscape Park were additionally protected by creating six reserves: water-bogland reserve “Budzieniec”, “Orchowe Lake”, “Magazyn” (English: “Warehouse”), and “Three lakes” were established to protect the lakes and boglands, together with its ecosystems. There are also two fauna reserves: “Żółwiowe błota” (English: Turtles’ Muds), which aims at preserving breeding sites of pond turtles and “Małoziemce”, which aims at protecting breeding sides of grey herons. Within the borders of the discussed areas, there were several additional protective forms created: Natura 2000 Special Area of Conservation “Sobibór Forests”, whereas in the buffer zone there were parts of Natura 2000 Special Area of Conservation “Bug Valley of Polesie” and Special Protection Area “Middle Bug Valley”. There are four ecological sites in the Sobibór Forests: “Uroczysko Dekowina”, “Żłobek” and “Luta” to preserve boglands within the forests and “Tarasienka river valley” to protect gatherings of reedbeds, waters and brushwoods. In the Park and its nearest surroungs there are several natural monuments. Near Kosyń – two oaks, in Stare Stulno – one small-leaved lime and in the former mansion park in Majdan Stuleński there were two groups of trees, made of oaks and ashes. It’s worth mentioning, that the Bug valley was considered an European wildlife corridor in “Pan-European Biological and Landscape Diversity Strategy”. 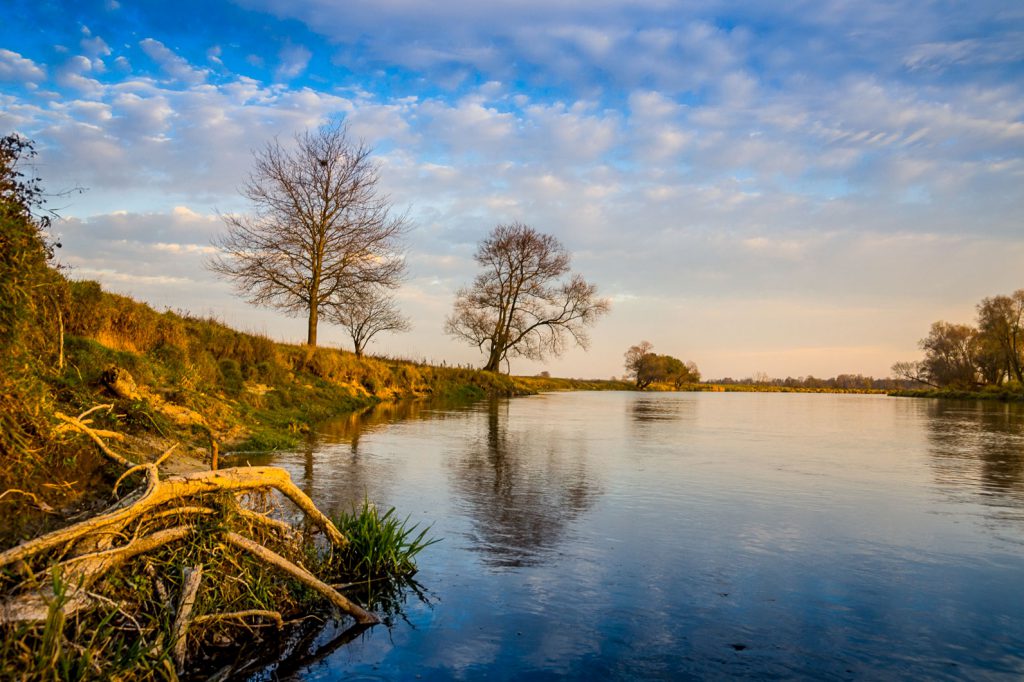