The most important element of the landscape are the rivers Bug and Narew with numerous meanders, islands, backwaters, shallows and slopes in the riverbeds and oxbow lakes at the bottom of valleys. Vast majority of the Bug Landscape Park is covered by forests (approximately 40% of the territory). Forests are usually composed of pines, which are suitable for poorer and sandy soils. Limited areas with more fertile soils are covered by forests consisting of hornbeams and oaks. In the riverside areas, one can find a combination of sandy dunes and peat bogs, as well as wet riparian forest and pine forests. Large parts of Bug Landscape Park are covered by floodplains and agricultural fields.

Flora and Fauna of Bug Landscape Park are typical for lowlands. The park is characterized by an outstanding diversity of environment, making it possible for different kinds of fauna to coexist. Both natural and artificial inland waters are habitats for development of water fauna. Swamp areas and temporarily flooded meadows are suitable environments for different bird species and invertebrates.

Due to meridian-oriented connections, wildlife corridor of Bug Valley is a convenient resting place for waterfowls and marsh birds, making their seasonal migrations easier. It is also used by land and water organisms, moving from Caspian area to the west. The unique ecological role of Bug Landscape Park valleys requires integrated activities, including – above all – recognition and prevention of current and potential threats. 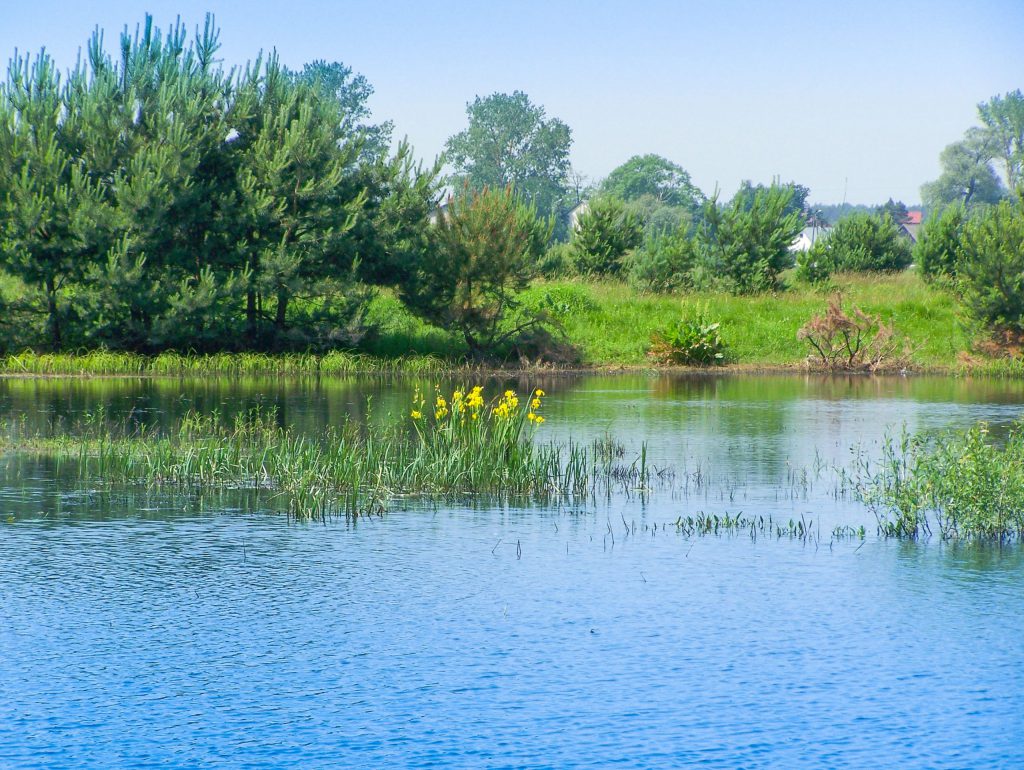